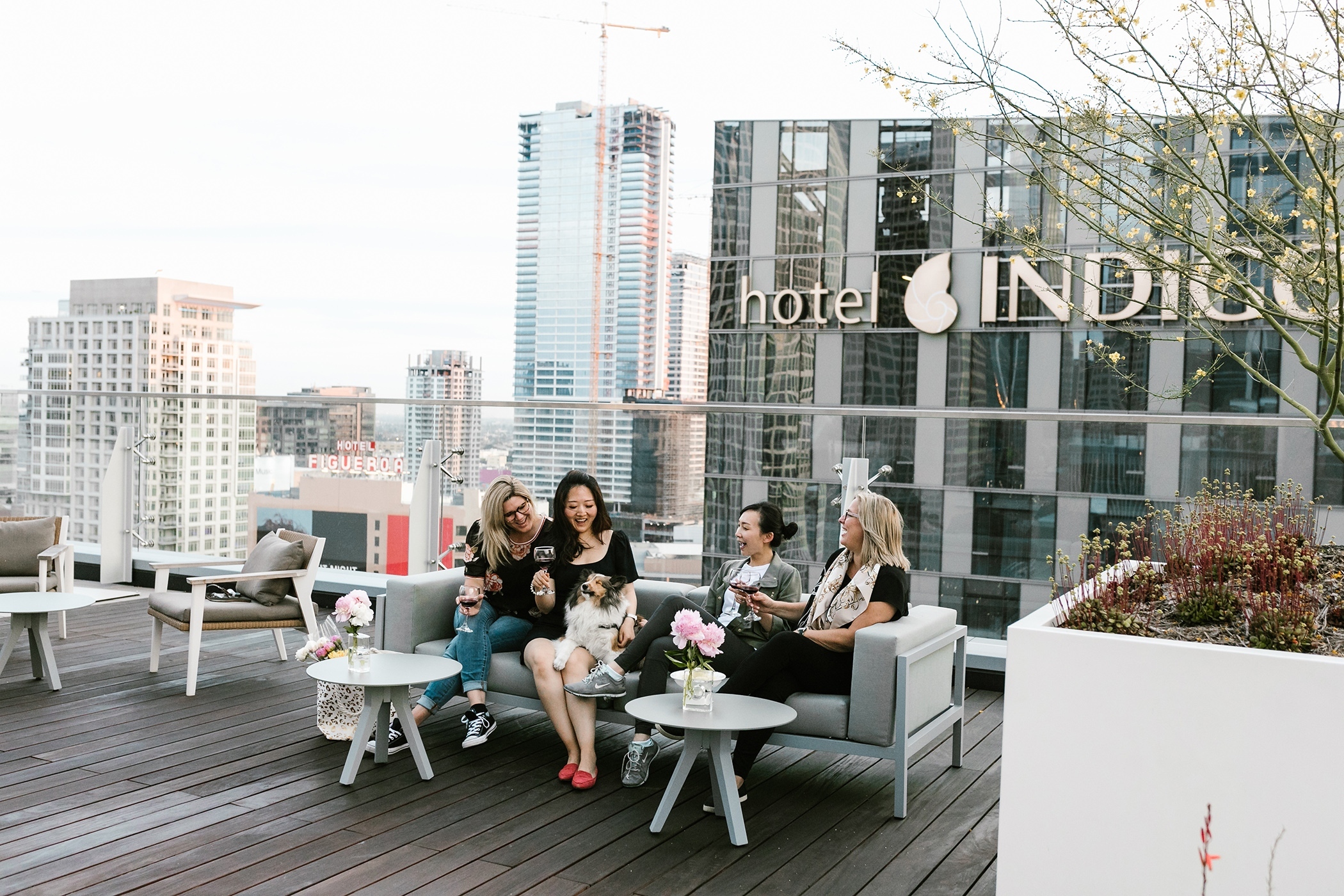 Alfresco has a nice ring to it, especially when accompanied by unparalleled city views. It’s no secret that Metropolis is known for its collection of resort-style amenities, but our Sky Deck represents a caliber of its own. Located on the 21st floor, this outdoor oasis provides a 180-degree view stretching across the Downtown skyline, making its way towards the Pacific Ocean, and looping around the West Side past the Hollywood Sign. Ample seating is located along the perimeter providing a range of sights to take in during your evening cocktail hour. An oasis of sorts, the Sky Deck is more than a viewpoint, it also caters to all your entertainment needs. Complete with a built-in, shaded BBQ area, take grilling to new heights while following al fresco dining protocol.

FOOD TRUCK FRIDAYS AT METROPOLIS!
Believe it or not, Fridays just got even better! Metropolis is excited to announce that starting this month we will be hosting a different food truck company every Friday during lunch hours. The food truck will be located at the Metropolis Plaza, directly in front of Tower I’s lobby entrance from 11:00am – 4:00pm.

SPORTS ARE BACK IN ACTION (FROM A DISTANCE)
It’s Dodger Season!
After a four-month delay, the Dodgers opened the season with an 8-1 victory over the Giants at Dodger stadium. The shortened 60-game MLB season commenced on July 23rd with the Dodgers set to only play opponents from the National League West and American League West to reduce travel. The season will conclude with a six-game homestead against American League opponents Oakland and The Angels. Although fans are unable to cheer from the stands, there is a delivery service making the Dodger Stadium experience still (somewhat) possible from your own home. Postmates recently partnered with Home Plates service to bring Dodger Dogs, carne asada helmet nachos, Dodger Blue Gelato, and other fan favorites to select neighborhoods in L.A.

Who will be the 2020 NBA Champion?
A season that was put on hold in March, resumed July 30th with the battle of LA as the Lakers notched their 50th win of the season with a 103-101 victory over the LA Clippers. All NBA games are being held inside Disney’s ESPN Wide World of Sports Complex in Orlando, Florida. The best 22 of the league’s 30 teams are playing eight “seeding games” in order to determine playoff positioning in both conferences. The playoffs will follow the typical format with full best-of-seven series all the way through the NBA finals.